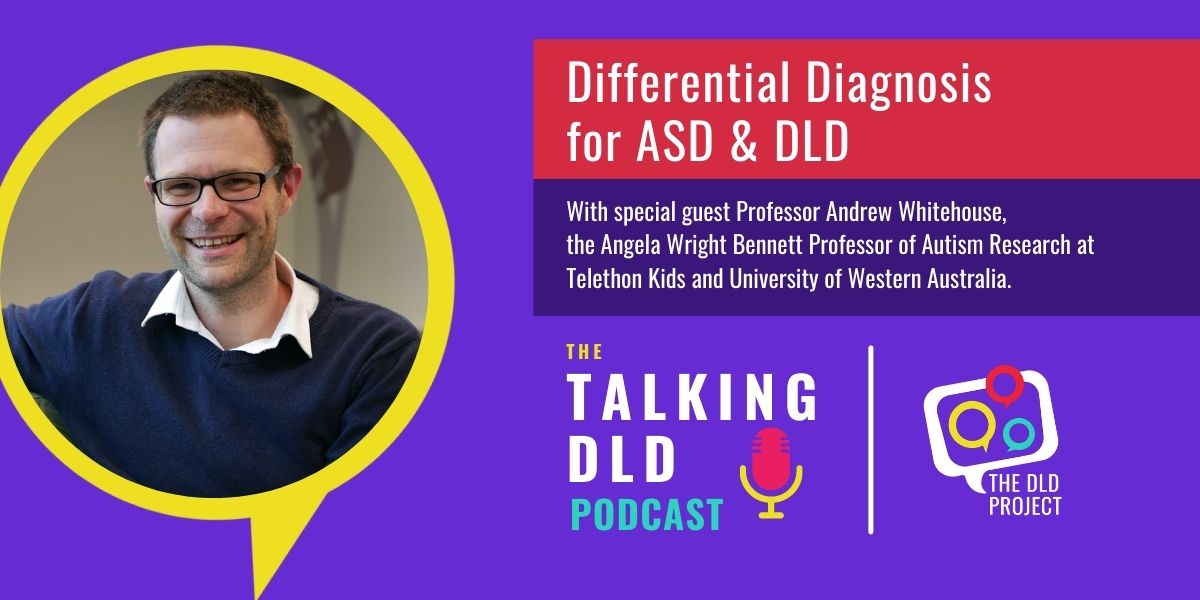 Have you ever wondered what the difference is between Autism and DLD? In this episode of The Talking DLD Podcast we’re talking with special guest Professor Andrew Whitehouse, the Angela Wright Bennett Professor of Autism Research at Telethon Kids and University of Western Australia.

Professor Whitehouse was also a member of the CATALISE consortium that recommended the use of the term Developmental Language Disorder or DLD.

Professor Andrew Whitehouse is Chief Research Officer of the Cooperative Research Centre for Living with Autism (Autism CRC) and Adjunct Professor at Curtin University and Edith Cowan University. He has also been awarded Australia’s most prestigious scientific award, the Eureka Prize.

At the Telethon Kids Institute he leads a large team that use a wide range of methodologies to investigate the early identification and intervention of children with Autism Spectrum Conditions, including molecular genetics, neuroscience, endocrinology, behavioural experiments and clinical trials. Andrew has published over 150 peer-reviewed journal articles and attracted over $35 million in competitive research grants.

He currently presents an internationally syndicated video series called ’60 Second Science”, which has been viewed by over 1 million people. He is an advisor to State and Commonwealth Governments on policies relating to children with Autism Spectrum Conditions, and he chaired the committee that generated Australia’s first national guideline for autism diagnosis.

A Parent’s Perspective on a DLD Diagnosis

Life with DLD | A Teen’s Perspective